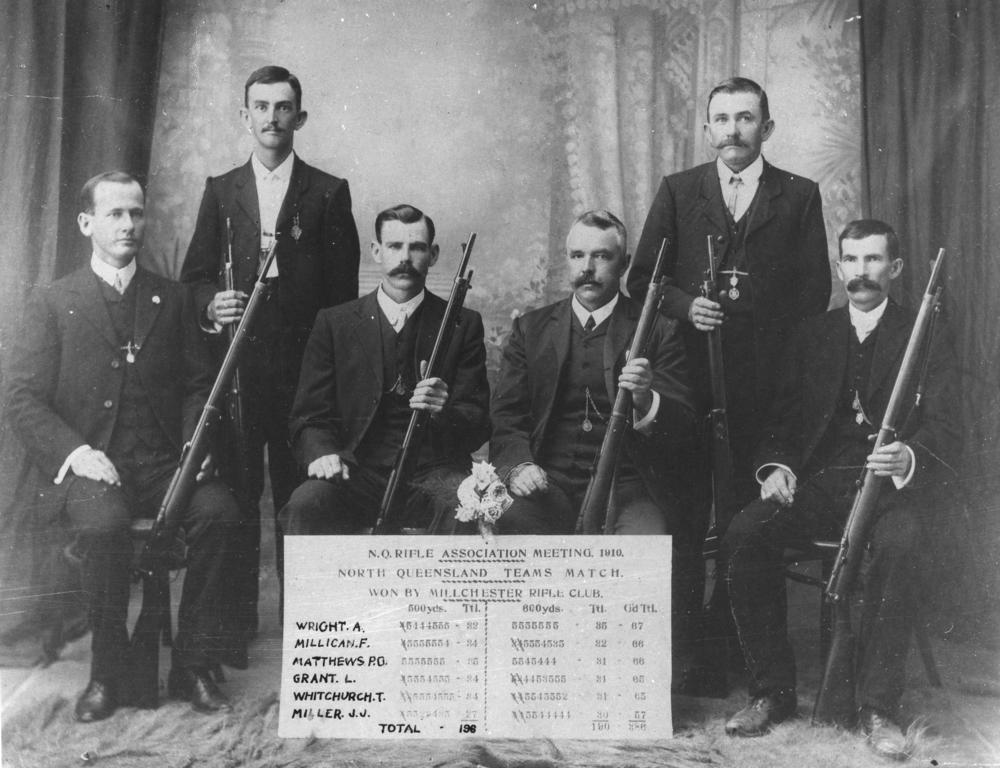 Remembrance Day falls on the 11th of November each year.

On the 11th hour on the 11th day of the 11th month, a minutes’ silence is observed and dedicated to those soldiers who died fighting to protect the nation.

In Australia and other allied countries, including New Zealand, Canada and the United States, 11 November became known as Armistice Day – a day to remember those who died in World War One. The day continues to be commemorated in allied countries.

As a prisoner at Changi, Jeff with approx 900 other prisoners worked on a shrine at Bukit Timah in the western central area of Singapore a task that took 6 months to complete. The shrine was for Japanese soldiers that were killed during the final battle before the surrender of Singapore.

After the building of the shrine and a short stay back in Changi, he was put into an overcrowded rail cattle crate and sent to Thailand to work on the Burma railway.

Jeff tells the story of working on the bridge on the River Kwai and being that he was a larrikin much to the dismay of his fellow POWs, so they trapped him on the bridge and tossed him in the river told him to swim! Jeff survived his swim and ended up back in the hands of the Japanese

1 - The HMAS Armidale was attacked and sunk by Japanese Aircraft (1943) - The Last C-130 Hercules ‘Southern Service’ courier took off from Laverton (1992) - The Battle of Hat dich in Southern Vietnam begins (1968) - The 3rd Battalion, Royal Australian Regiment is presented with US Presidential Unit Citation for its action at Kapyong, Korea (1951) - The HAM Bataan and Warramunga participated on the withdrawal of UN troops and civilian refuges from chinnampo, North Korea (1950) - The HMAS Stalwart carried out an emergency re-supply mission to the Australian national Antarctic research expedition at sub-Antarctic Macquarie island (1985) - The Siege of Tobruk ends after 242 days of encirclement (1941) - War is declared on Japan (1941) - The eradication of the smallpox virus is certified, making smallpox the first of only two diseases that have been driven to extinction (1979) - The battle of Amboga River begins (1942) - The HMAS Newcastle is commissioned (1993) - HMAS Arunta is commissioned (1998) - The HMAS Teal intercepted and engaged two small Indonesian vessel carrying saboteurs in the Singapore strait during Indonesian Confrontation(1964) - The ships HMA Napier and Nepla conducted a shore bombardment of enemy positions on the Arakan coast, Burma, in support of the 74th Indian Brigade (1944) - HMAS Nestor sinks German U-boat U127 in the Atlantic Ocean (1941) - In response to China's Second Phase Offensive in the Korea War, U.S. President Harry S. Truman declares a limited state of emergency(1962) - The HMAS Qiuberon rescued 31 Chinese sailors from the merchant vessel, SS Tuscany which had run aground on a reef 300 mules north-west of Bornerp (1962) - The battle for Artillery, Bougainville begins(1944) - The last of the Australian troops evacuate from Anzac(1915) - The battle for Jaffa is over(1917) - The Air Board held its inaugural meeting, even before the Air Force formed(1920) - The Battle of Magdhaba was fought today (1916) - Cyclone Tracey devastates Darwin, during which the Patrol boat HMAS sinks with the loss of two lives(1974) - 37 sqn Hercules make first relief fligh into Darwin after Cyclone Tracey(1974) - The defense of Jerusalem begins(1917) - The Japanese aircraft carrier Hōshō becomes the first purpose built aircraft carrier to be commissioned in the world(1922) - RAAF C-130 begains relief effort after Boxing Day tsunami(2004) - Nothing important happened. - The United States halts heavy bombing campaign of North Vietnam(1972) - test - The year ends forever

1 - The year begins - Manila is captured by Japanese forces, enabling them to control Philippines(1942) - The Battle of Bardia begins(1941) - Australia introduced conscription for military service (1943) - The army landing ship AV1356 Clive Steel came under enemy rocket fire in South Vietnam(1969) - The military board is formed(1905) - HMAS Tobruk bombard North Korean position on the island of Chomi to delay a North Korea invasion of Yongmae do(1952) - The last of Australia combat troops depart from south Korea(1958) - The first contingent of 2nd AIF embarks for the Middle East(1940) - HMAS Arunta evacuate the 2nd AIF from Timor(1943) - C-130s deliver 1 RAR advance party to Mogadishu, Somlia for Operation SOLCAE(1993) - 0 - A detachment of Clearnace Driving Team 1 successfully re-floated the wreck of HMAS Arrow, suunk during Cyclone Tracey with the loss of two lives from under Strokes Hill Wharf in Darwin Harbour(1975) - The Battle of Germas begins(1942) - The Battle of Sanandanda begins(1943) - The Battle of Muar begins(1942) - Gulf War hostilities commence against Iraq(1991) - The battle of Balif begins(1945) -The battle for Nambut Ridge begins(1945) - HMA ships Deloraine, Katoomba and Lithgow sink a Japanese submarine off Darwin(1942) -The Malaysian Government made direct request for Australian troops in Borneo (1965) - The HMAS Patrica Cam is sunk by Japense aircraft off the Wessel island, North Terriorty (1943) - The city of Rabual fall to japanese as they make preparations for Port Moresby(1942) - The battle of Bien-Hoa, South Vietnam begins(1968) - 0 - 1 - 2 - The Battle of Jamuluang, Maylaya begins(1942) - Dunsterforce including hand picked Australia officeers and NCOs; left Bagdad for NW Persia(Iran)(1918) - Major General Sir Edward Hutton arrives in Australia to assume duties as GOC CMF(1902) - The Vanguard of the 6th Diversion enter Derna, North Africa(1941) - The 1st Australia Corps begin their return from the Middle East(1942) - The TET offensive begins in South Vietnam(1968) - 0

0 - The HMAS Kuttabul is sunk during the Japanese midget submarine attack on Sydeny Harbour(1942) - The Battle of Hari River, Bougainville begin(1945) - The HMAS Melbourne and USS Frank E. Evans collide in the South China during an exercise(1969) - 2 sqn departs South Vietnam(1971) - The Australian Army conduct their first operation in France(1916) - The Battle of Binh-Ba, South Vietnam begin(1969) - The Battle of Bonis-Porton, Bougainville begin(1945) - The 7th Diversion spearhead invasion of Vichy France controlled Syria, Middle East(1941) - The Battle of the Litani River, Syria begin(1941) - The HMAS Jervis Bay(III) is commissioned - The HMAS Wallaroo sinks following collision with American liberty ship off the coast of Western Australia(1943) - Two 5 AVN Regt Blackhawk helicopters collided at High Range(1996) - The battle of Sidon, Syria begin(1941) - The Battle of Jezzine, Syria begin(1941) - The HMAS Nestor is bombed in the Mediterranean, The ship was scuttled the follwing day(1942) - State of Emergency is declared in Malaya(1948) - RAAF Base Amberley is established(1940) - The Australian PoWs are released at Panmunjon, Korea (1953) - 0 - 1 - 2 - 3 - 4- 5 - 6 - The North Korean Army crossed the border into South Korea, beginning the Korea War(1950) - 8 - 0

0 - The Surveilance and Control Training Unit is formed at Williamtown, NSW(1999) - The 1 Recruit training Unit is formed at Richmond, NSW(1954) - Former RAAF Warrant Officer Harold Allie appointed as the first Air Force Indigenous Elder(2012) - Great Britan declared war on Germany and as a result Australia is at war as well(1914) - New RAAF Base Scherger opened near Weipa,QLD(1988) - The South Australian warship Protector sails for Boxer Rebellion under the command of Captain William Rooke Creswell(1900) - The Battle of Nek, Gallipoli begins(1915) - The Battle of Amiens, France Begins(1918) - OP CORACLE mounted with Australian engineers assisting the clearance of mines in Mozambique(1994) - Recuritment for the Australia Imperial Force(AIF) begins(1914) - The Malalysian-Indonesian 'Confrontation' ends(1966) - General Monasgh knighted in the field by King George V, the first time this distinction has occurred for nearly 200 years(1918) - HMA Ships Adelaide(II) and Darwin departed Sydeny for the RAN's first deployment to the Northen Arabian Gulf in the wake of Iraq's invasion of Kuwait. They were joined by HMAS Success(II) the following day(1990) - Victory in the Pacific has been achived(1945) - RAAF Sabre first to break the sound barrier in Australia(1953) - Heavy Viet Cong mortaring of ATF Base at Nui Dat resulted in 24 wounded(1966) - Last RAFF Canberra bombing strike of the Malayan Emgerency(1959) - The Battle of Long Tan, South Vietnam begins(1967) - Australian Relief force arrives at Trobruk(1941) -